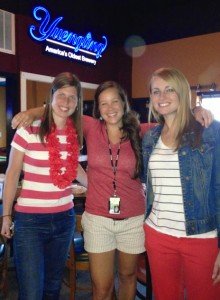 As will likely surprise no one but the college-age version of myself, living in a new country taught me almost more about myself and my own country than it did about Spain. Of course it was fascinating to learn about and experience Sevilla’s Moorish, Jewish and Christian influences on everything from architecture to music to food. And I knew I was extremely lucky to have the chance to talk about education and politics with local Spaniards. But I had anticipated that kind of education; that’s why I had chosen to study abroad.

No. What really shocked me was the revelation of how American I am. As one of my professors in Sevilla put it: “you Americans live to work. We just work to live.” And to me this was reflected in the fact that when I left my “Señora’s” apartment in Triana at 8am, the only people awake were bums and partiers still “botelloning” in the streets from the night before. I also found it frustrating that waitstaff would wander off to flirt with other customers instead of taking my order, not to mention the odd business hours that allowed for the 2-hour siesta in the middle of the day. I had previously suspected I wasn’t the most laid back person in the world, but it was illuminating, if quite disturbing, to find myself almost empathizing with a Franquista who spoke of the good old days when Franco’s dictatorship kept the kids in line and maintained the sort of peace and order the current Prime Minister Zapatero apparently could not.

Much closer to home however, were my feelings of frustration and anger toward President Bush and his foreign policy (although I am in NO way comparing him to Francisco Franco). I was therefore shocked—especially since I was in Spain during Hurricane Katrina when he was enjoying especial popularity—to find myself feeling resentful and defensive when I heard Europeans talk about the “cowboy” my country had sitting in office. I felt really ashamed of our cowboy sure, but I certainly wasn’t going to let any outsider insult my country, especially in ignorant generalities. In these conversations, no one was equating me with the US or trying to fault me personally, so it was particularly revealing to realize how deeply I do identify as an American.

All this amounts to a complex relationship I’m sure almost everyone has with their country. I would like to think that I am now somehow better equipped to balance my extreme frustration with the growing polarity and ineffectualness of the US government with a sense of gratitude for being born in a country where living somewhere as an expat can be an exciting opportunity rather than a necessary means of escape from injustices or extreme poverty. My hope is that my past experiences will help me be more open-minded and less defensive in the future in order to invite real dialogue. 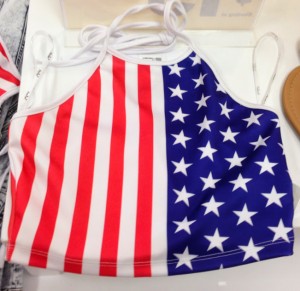 1 thought on “Born in the USA”