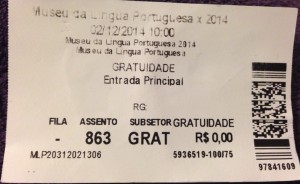 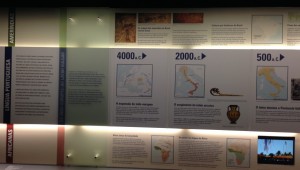 END_OF_DOCUMENT_TOKEN_TO_BE_REPLACED

A few weeks ago, Stela made the apt observation that my blog doesn’t include much of “o ruim” with “o bom.” And it’s true that I have been focusing almost exclusively on the good parts of life here when of course I’ve certainly had my fair share of frustration and loneliness. I knew going into this experience, however, that I would have to keep a positive attitude, be open to new experiences and making lots of mistakes (apparently I just ordered hard-boiled eggs—the only kind of eggs I don’t like), and most of all, cede control over a number the things in my life. This last may have been the easiest, since, as my dad would put it, in my PhD program, there was a train going and, when I left, I hadn’t been conducting it for a long time. Overall, my frustrations here have not necessarily been specific to Brazil either but more to things that could happen anywhere or in any major city. Still, without further ado, in honor of my first month here, Stela, here are my personal ups and downs of life in Sao Paulo.

The people here are the friendliest you’ll ever meet, especially in a city with 20 million busy, hardworking people. Every single person I have stopped in the street for directions has patiently tried to understand my Portuguese and to give me directions at a pace I can understand. Bus drivers are happy to tell me when we’re approaching my stop. In fact, any time I try to surreptitiously open a map on a bus, someone nearby will ask me if I need help. Whether I’m walking down the street or waiting for my pupils on the 20th floor of an office building, everyone who walks by will smile at me and the secretary and anyone else who happens to be in the vicinity, saying, “Bom dia! Tudo bem?” This is in stark contrast with most cities, where people think I’m strange for smiling, never mind saying “good morning” to people I don’t know.

That people in general are extremely friendly here does not take away from the fact that I am incredibly lucky to have the friends I have here. My roommates are always checking in on me to make sure things are ok and that I don’t need anything. When my credit card was cloned two weeks in (at this point I’m thinking Wellsfargo doesn’t know how to find Brazil…), they offered to chip in so that I wouldn’t have money problems. When my roommates went to their hometown to vote last weekend, they invited me to come along. I of course know many very kind and thoughtful Americans as well, but we, as a people, tend to be less immediately open and trusting and warm with new people. Heck, I still haven’t figured out a great way to pay Maisa and Bruna rent (I will!!!), but they were offering to lend me money!

END_OF_DOCUMENT_TOKEN_TO_BE_REPLACED

When my Brazilian friend texted me “Oiii!” back in April, I thought he was angry with me. To be fair, I think that can be somewhat attributed to my family’s 7-month sojourn to England; there, “Oi!” really is at its best in expressions like, “Oi! Stop taking the mick!” Still, I might have known the word for “hi” in Portuguese.

Clearly when I decided in June that Brazil might be on the docket, there was a lot of work to be done. Thanks to the second-hand teachings of Carolina, the Brazilian exchange student my family hosted when I was studying abroad in Sevilla, I knew the words “feijoada” and “obrigada.” And my Brazilian friends at Duke informed me that the appropriate way to sign off any conversation, verbal or written is by giving “beijos.” Maybe that’s all I really needed to know, given that this extensive vocab would not only allow me to enjoy a tasty meal but also to show my appreciation for it, and all while making an affectionate exit. Heck, armed with “oi,” which by the way, Margaret, has been added to the scrabble dictionary, I could have even politely entered the conversation in order to request said feijoada.

Despite this near fluency, I responded, on a whim, to a craigslist post offering tutoring in Brazilian Portuguese.  Enter Stela, an energetic, Jill of all trades, who, immediately after I finished telling her I used to be pretty proficient in Spanish proclaimed, “Great! You know nothing! That will make you much easier to teach.” Initially affronted by this remark, I learned pretty quickly that Stela is not alone in her assertion that Spanish is of little use when learning Portuguese. At the risk of generalizing, Brazilians tend to be very proud of the difficulty and uniqueness of their language, even while telling you in the same breath that, “It’s a useless language.”