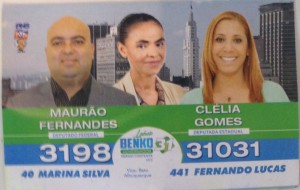 END_OF_DOCUMENT_TOKEN_TO_BE_REPLACED

The first rule of the Callan method is to buy into the Callan method. However, when I watched the Callan videos Michele sent me before I started, I was highly skeptical. There is no creativity, no freedom of thought or personality. How can students learn English this way, never mind possibly enjoy class? Clearly employing this method was going to be a serious challenge for me. Still, I liked Michele, the owner of the school, and the prospect of starting a job immediately was pretty appealing. Plus, really, what do I know about teaching or learning a language; I keep starting new ones before mastering the old. And furthermore, there was just something comforting that first day about walking into the school’s office with it’s team of friendly teachers and office assistants, its appealing decorations and the familiar admonishment to “leave the area better than you found it”—of course at that point, it also possible I was just relieved to have internet access…

And my impression of the Callan method changed on my one day of training. After going through the lesson structure and idealogy, Michele used the Callan method to give me a mini Portuguese lesson, and I was shocked to find that, perhaps I’m just devoid of all original thought, but, for me, it was actually kinda fun! Even though it seems silly and almost condescending, trying to keep up with the teacher is like a game, and with the constant inevitability of being cold-called in a class size of, at most, six students, you certainly never run the risk of falling asleep!

From observing other teachers’ classes I have also learned that it is altogether possible for a student to show personality and even share opinions. Callan takes no prisoners in terms of asking personal, sometimes even intrusive questions, and I’ve been surprised by how much the simple questions can reveal about a student as well as Brazilian culture. For example, in a beginning stage, there is a line of questioning about “your mother’s name; your father’s name; your father’s wife’s name; and so on.” and several times it has become apparent that Dad has divorced Mom for a co-worker or secretary. After an awkward pause, we usually continue rapidly through the lesson. My cultural education on many topics, such as politics, is far from dependent on my Callan method students, but it was still interesting to hear a student respond to a guided question that he thinks politicians from other countries are better and that politicians in Brazil are bad because they do not account for the money they spend. A very simple Callan method question was capable of eliciting a student response that accurately represents the widespread feeling of political disillusionment.